If you have followed trends in the online casino sector over the past couple of years, then you will certainly have heard of Megaways games. In fact, we could argue that it’s been the hottest trend in online casino in recent times.

For those not familiar with Megaways games, we can provide a quick explainer: Megaways is both a brand and a gaming concept. Created by Australian developer, Big Time Gaming in 2016, the “technology” has been licensed out to several rival software developers, including SG, NetEnt, Blueprint and Pragmatic.

Megaways games use a shifting reel design where it is possible to have over 100,000 active paylines in a spin. As you might gather, that can lead to some massive payout potential.  The games are volatile, but that’s part of the attraction to players.

At the time of writing, there have been around 150 Megaways games released online. The majority of which have arrived in 2020. It’s difficult to stress how popular the games have become, with popular gaming sites like casino.com even going as far as having dedicated Megaways sections on their homepage. It’s as if a new genre of casino game has been created. Below we count down the best five to hit online casinos this year:

While everyone will have their preference, we believe Gorilla Gold deserves to be at the top of the list. It’s part of a new wave of games featuring “quads”, i.e. four different reel sets. The idea is that you bet on them all separately, but they will link up during the game’s main feature – Gorilla Gold Free Spins. Blueprint has boasted that the game has a hefty 97% RTP, which is certainly generous, but we do have to warn you that it is highly volatile.

One criticism that gets levelled at Megaways is that many of them are very, very similar. For instance, Blueprint released a Ted Megaways game recently – based on the Seth Macfarlane movie – and, while, popular, it’s much the same as dozens of other games in the range, aside from the branding. Centurion Megaways certainly does not have that problem, with six special bonus features and several reel modifier bonuses. It’s become a smash hit for Inspired Gaming and remains one of the most popular online slots months after its release.

The original Gonzo’s Quest is celebrating its 10-year anniversary in 2020, and it’s fitting that such a popular game has been given the Megaways makeover. NetEnt gave the project to its recently-required Red Tiger arm, and the game has proved a big hit. It keeps all the elements that players loved about the original – 3D graphics, multipliers, free spins – but has the super-charged potential of Megaways. A must for fans of one of the jewels in NetEnt’s crown.

We mentioned that this list is subjective, and Morgana is the first game to appear here that is probably something of an acquired taste. To be frank, some elements of the base game can get a little bit tiresome. But the game comes alive in its stellar bonus feature – Morgana Free Spins. It doesn’t come around too often, but it has massive payout potential when it does. Morgana is probably the most low-key game on this list, but some players love it.

Another classic game that has been given a Megaways makeover. The original Dog House was one of those games that looked cute and silly on paper but could deliver serious wins. As such, it became a huge hit for Pragmatic. Like Gonzo’s Quest above, they kept the best elements from the original and simply let the Megaways potential work its magic. A choice of two bonus features – with different volatility levels – also keeps this one feeling fresh.

How to choose the best online casino in New Zealand? 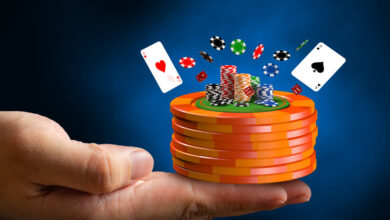