Cricket is an incredibly popular sport in India. There are millions of Indians who either watch matches on TV or attend live ones or play the game. Not only is cricket a favorite pastime, but it also fills a vital role in the culture of the people of India. Cricket brings people together in a sense of community, regardless of the size of the match – local or national. In this article, we will explore the origins of cricket in India, and review tips on how to wager on the game.

The History of Cricket In India

Cricket was created by the English in about the 16th century and was introduced to India as the country was a member of the British Empire up until following the Second World War. The first recorded cricket match in India dates back to 1721, although the game had been played there long before that. The match in 1721 was held in Kutch, Western India when teams of East India Trading Company sailors played against each other. The game eventually caught on and was played throughout the country. It wasn’t until 1848 when the Parsi community in Mumbai (formerly Bombay) created what would be the country’s first official cricket team – the Oriental Cricket Club (OCC). As more cricket teams were formed, the OCC became the first Indian team invited to play in Europe. The OCC received “test match” status in 1932 and in 1935, following great successes on the cricket pitch, the Indian government created the Ranji Trophy. The Board for Control of Cricket in India (BCCI) was created which launched the Irani Trophy which was awarded to national championship winners. The BCCI created India’s premier cricket league, the IPL, in 2008 which hosts play annually between March or April to May and includes eight teams. The IPL is considered the best domestic cricket league in the world.

How To Bet On Cricket

Cricket betting is far from complicated. However, many different wagers can be placed on a match. This is a quick review of the most popular of those wagers.

This type of bet is as the name implies, you are betting on the team you think will be the winner. Outright Winner bets are used in tournaments so the winning team you select is the one you believe will win the tournament, not a single match.

This type of bet is a lot like the Outright Winner bet only it is applied to a series of games. This bet is when you select a team to be the winner of the series of matches and not just a single match winner.

This type of bet is not on who will win a tournament. Instead, this bet is on which team will win a specific group of matches before the playoff knockout phase of a tournament.

This type of bet can be used in a single match or a series of matches, or a tournament. The bet is when you select who you feel will be the top batsman or wicket-taker. It is a stats’ based bet where the player who either scores the most runs or takes the most wickets is where the wager is placed. In tournament or series play, the top scorer or wicket-taker of that series of games is the bet.

This bet differed from Outright Winner and Series Winner as it is when you select the team you believe will win a single match.

To Win The Toss

Captains toss a coin before a match begins to decide who bats or bowls first. This bet is a 50/50 chance where you select which team will make the correct call of the coin toss.

This is an added feature for the To Win The Toss bet. In addition to choosing the team that wins the toss, you select what decision the winning captain makes, to either bat or bowl first.

This bet is based on what score at batting team will get according to a bookmaker. Your bet is on whether you think the team will score over or under that amount.

This bet is on whether the first innings score will be odd or even.

This is typically an over/under bet where you predict the number of runs a team will score in an inning.

This is a bet where you choose which team you think will have the highest partnership in a particular match.

Player of the Match

This is a popular bet where you select who you think will be named the Player of the Match.

Century To Be Scored in the Match

This bet is when you select a player you think will score 100 runs in a match.

Most Match Sixes of Fours

This bet is on which team will score the most boundaries in a match.

READ
US Slot Machine Casino Games: Everything You Should Know

This bet is to predict the combined number of sixes or fours scores by both teams in a match.

This is a bet to select which team will have the most runs out during a match.

This bet puts two opposing team players against each other to see who scores the most runs or takes the most wickets.

In addition to the many bats that can be made before a match, there are several that can take place during the match including runs off the next ball, method of next dismissal, and over/under batsman runs.

Cricket is an exciting game that has been firmly planted into the sporting world of India. Betting on the matches is big business and there are many ways to do this. The tips above outline the many different betting options available to you that will enhance a match and allow you to get further engaged with the action. 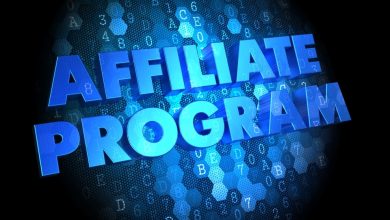 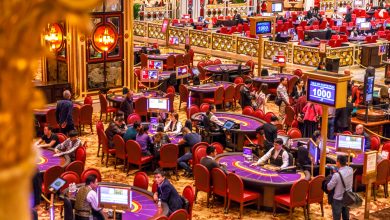