A resident of Las Vegas recently hit a royal flush progressive jackpot at Red Rock Resort in Summerlin. One of the Station Casinos, Red Rock remained closed until June 4, making the recent big video poker win one of the first since the reopening. The 23 stories, 1,000 room luxury resort sits on nearly 60 acres west of The Strip. Also, the resort is just minutes away from the pristine, Red Rock Canyon National Conservation Area.

Luckily, the Red Rock reopened, but Station Casinos remains undecided about reopening the Palms, Fiesta Henderson, Fiesta Rancho, and Texas Station. The company is analyzing the data to see if there is a demand for those properties and if they will be worth reopening.

Understandably, the lucky, local winner wishes to remain anonymous. The savvy poker player managed to turn a $15 bet into a gigantic win of $150,853.78.

The winner played on a Station Casinos Boarding Pass,  hitting the jackpot on the massive, 118,309 square foot casino floor. His game of choice?  Double Double Bonus Poker. This poker game is widely available in online poker rooms too. It is among the most popular video poker games around.

While Double Double Bonus Poker is a complex game with a high degree of volatility, it also offers the chance at big wins. Undoubtedly, the Red Rock rounder knows how to play a hand to his advantage.

Other Big Winners across the Las Vegas Area

The Palace Station on West Sahara Avenue also recently had a big video poker winner. Once again, the lucky winner chose not to reveal their name to the public.

The Palace Station is popular with visitors from Asia, due to its proximity to the Chinatown Plaza. Chinatown Plaza is a strip mall constructed in 1999, with the express purpose of creating a Chinatown in the Las Vegas Valley. Historically, the city has had a very small Chinese population, only comprising 0.5% of the population. But, local politicians deliberately set about creating one, to attract Asian tourists. In fact, in recent years, a deliberate effort has been made to attract Asian gamblers.

Suncoast Hotel and Casino, in the northwest section of the valley on Alta Drive, recently had a few big winners. On September 23, one lucky winner playing a Dragon Link-Autumn Moon slot machine hit a $10,347.55 jackpot. A few days later, on September 27, a Multi-Denomination Keno machine paid out $28,000.

The luxurious Suncoast in Summerlin not only boasts an old-fashioned, 500 seat Las Vegas Showroom but also is close to all of the best golf courses in the valley. In addition, the Suncoast features 10 dining establishments, from the upscale Suncoast Prime Steakhouse and Bar to fast food restaurants like Bagel Corner Deli and Bakery.

Laughlin has Seen Big Winners, too

A player named Anthony won a $19,157 jackpot at the Laughlin Harrah’s on a high-limit Lock It Link slot machine. Harrah’s has three luxurious hotel towers right on the Colorado River.

The small, gambling town lies approximately 100 miles south of the Vegas Strip, on the Colorado River. Laughlin straddles both the California and Arizona borders, just minutes away from Needles, California, and Bullhead City, Arizona.

The town was founded in 1964 by casino entrepreneur Don Laughlin; Laughlin established the first hotel, the Riverside, with just a dozen slot machines and two gaming tables. Today, the small town has eight active casino resorts, the Riverside, Harrah’s, the Tropicana, the Edgewater, the Pioneer, and the Aquarius. The Avi Casino and Resort is south of town, on the Mohave Indian Reservation.

Meanwhile, at the beautiful Casablanca Casino Resort, Jeff and April scored $3,000 for their participation in the annual Super Run Car Show.

Mesquite lies around 100 miles north of Las Vegas, on the border with Arizona, and is close to St. George, Utah. In fact, Mesquite is the go-to gambling destination for anyone living in Southern Utah.

Current Sports Betting Market and Where We Go From Here 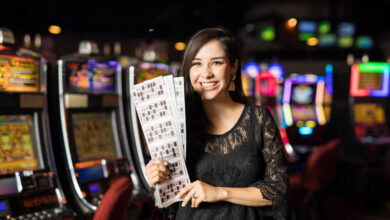 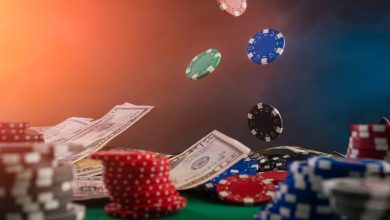